Takayama is usually referred to Hida Takayama in guidebooks to differentiate it from other places called Takayama in Japan.
It is one of the most popular domestic tourist destinations.
It is sometimes referred to as “Little Kyoto” due to the preserved “old town” houses, temples, and traditions.
Takayama is best known for the two festivals held every year. The Sannō Matsuri  in Spring and Hachiman Matsuri in Autumn.
These festivals are among the most popular in Japan.

Takayama is also known for its local foods, including sansai (mountain vegetables) and wasakana (river fish) as well as its beef, soba, ramen, and sake.

In addition to its fame for its carpentry, Takayama is well known for its lacquerware, pottery, and furniture.

The mountain city of Takayama is associated with charms known as “sarubobos”, which are small dolls traditionally passed from grandmothers to grandchildren and mothers to daughters, though are now often sold as souvenirs.

Around the east of the city is a walking tour, called the Higashiyama Walking Course , which goes past many shrines and temples to Shiroyama Park .

Some other popular things to see and do while in the Takayama area include: 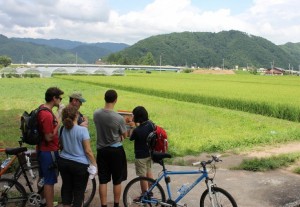 Hida Satoyama Bicycle Tour
A great guided tour through the countryside of “Furukawa” which is one town north of Takayama.
Ride through picturesque farmlands, farmhouses, meet locals, and view the beautiful town of Furukawa. 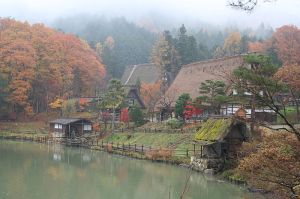 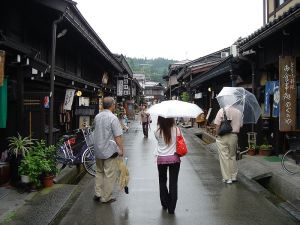 Ride the Shinhotaka Aerial Tram up the mountain for views of the Japan Alps.
Accessible by bus from the Takayama bus center next to the train station. 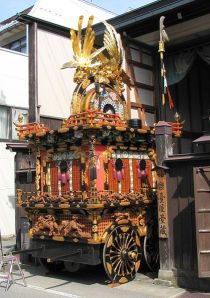 The Zenkoji Hostel will be temporarily closed starting January 12th of 2017 until further notice due to maintenance and possible management changes.

Therefore we cannot accept any reservations for 2017 at this time.

Once we have information on possible re-opening dates - we will update our homepage and facebook accounts.

Thank you for your understanding and we sincerely apologize for the inconvenience.